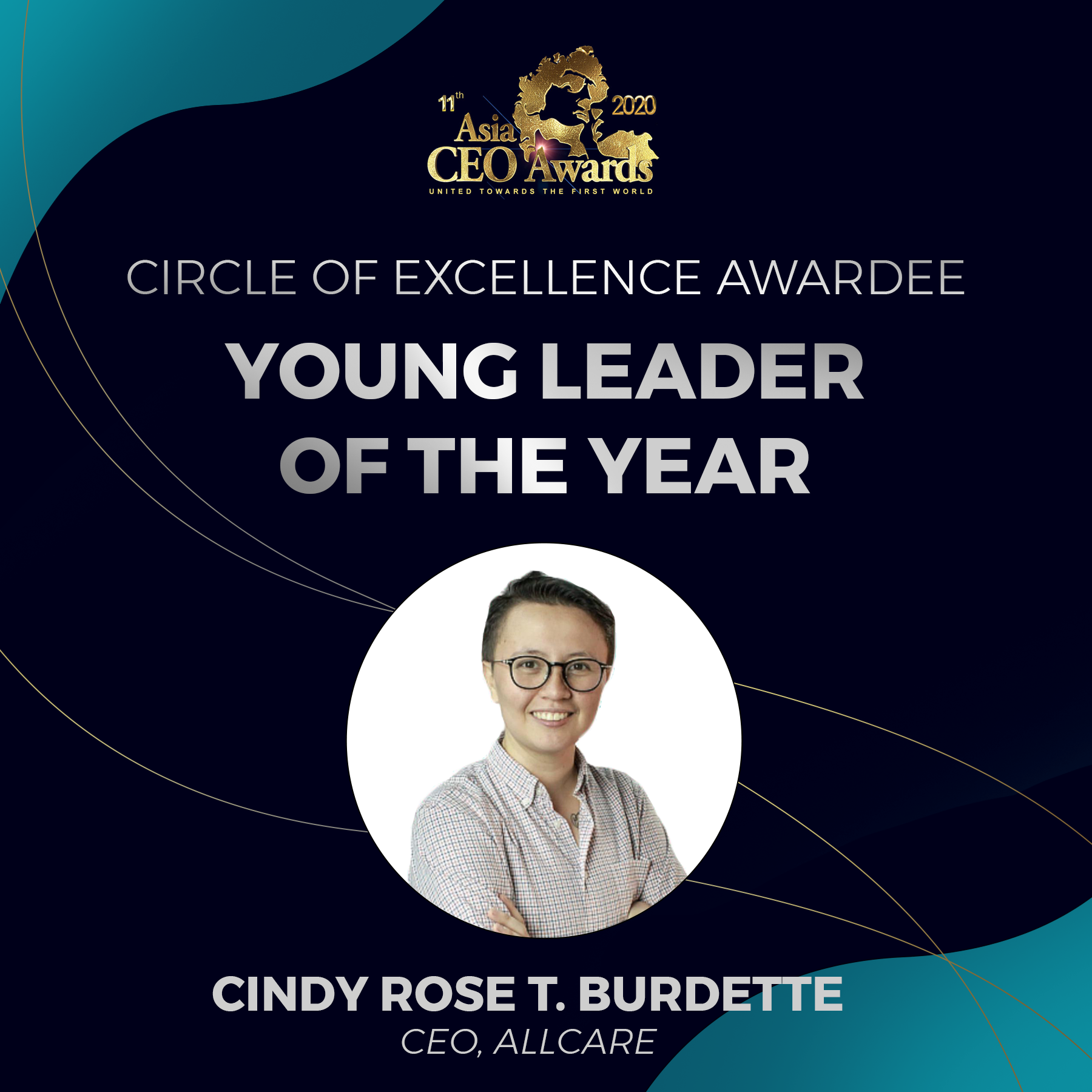 The nominees and awardees in each category were meticulously screened by Asia CEO Awards’ esteemed panel of judges. The grand winner in each category is then chosen by the judges as to who stands out and fits the criteria the best amongst the Circle of Excellence awardees.

For the LBC Business Solution SME Company of the Year Circle of Excellence award, it was awarded to SMEs who are non-subsidiary and independent, and employs 10-500 employees. As more people find ways to offer new products and services to the market, the SME awardees become more equipped to help other people, to promote competitiveness and excellence in their field, and encourage others to level up their game and provide more job opportunities to our countrymen. To be an awardee is already a huge achievement to anyone who made it to the list; more so, to get the grand prize. 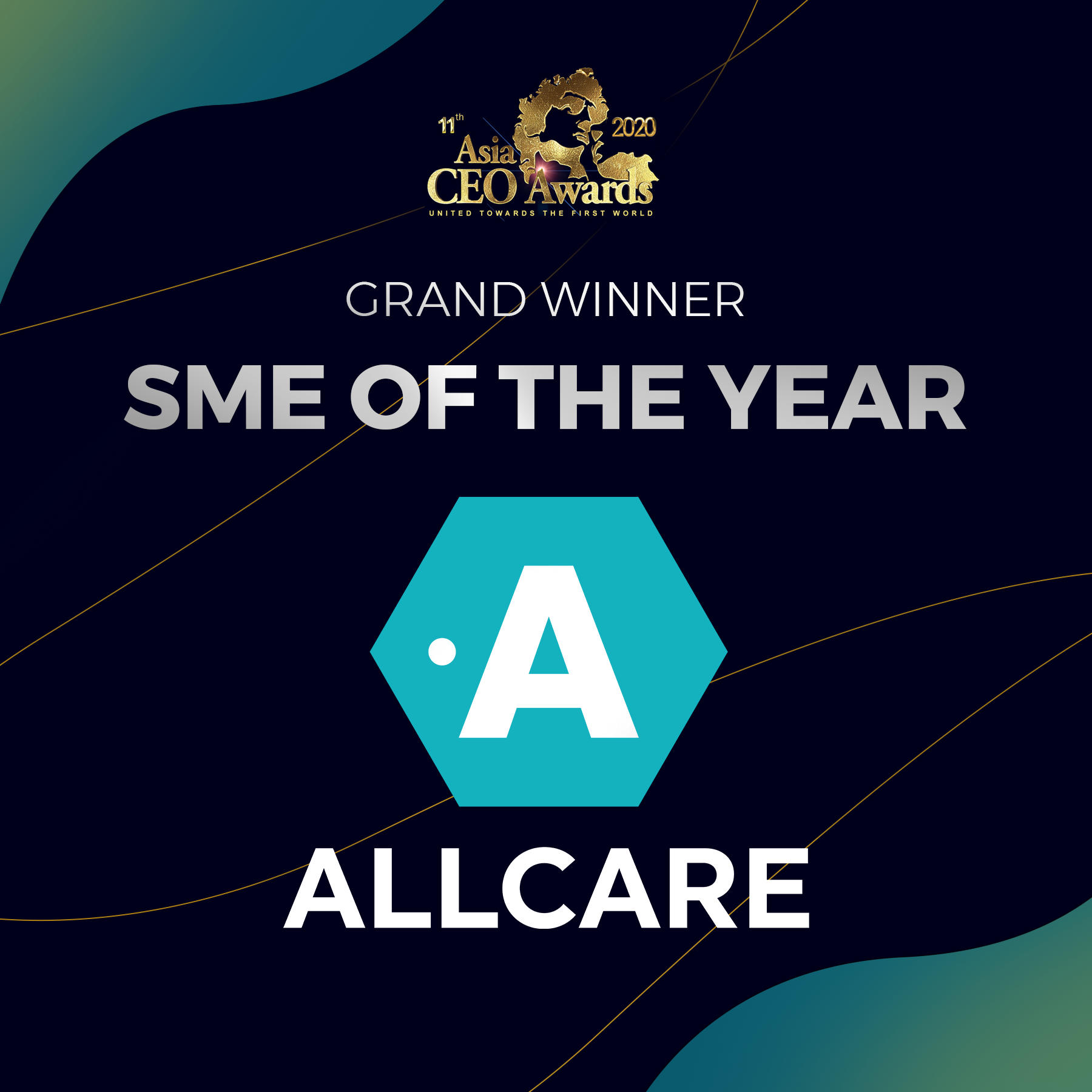 Among hundreds of nominated companies, ALLCARE was chosen to be part of the 8 Circle of Excellence awardees. With their lean startup methodology, a system that uses data and technology for information research and gathering that yields consumer-accurate results,

ALLCARE then emerged on top and won the SME Company of the Year 2020 grand prize.

ALLCARE, along with the other awardees, were judged by the following criteria:

It truly is no wonder ALLCARE is getting recognized locally and internationally. Staying true to their vision, ALLCARE has been able to help hundreds of freelancers, contractual, and MSME employees get the healthcare benefits they deserve. As they continue to soar and be total game changers in the industry, ALLCARE has also been able to expand and grow their business in the past year-- with over 1400% growth only from its first 6 months, and amassing 653 new members from December 2019 to June 2020 only. Truly, ALLCARE is here to dominate and change the landscape of the benefits industry in the country for the better. 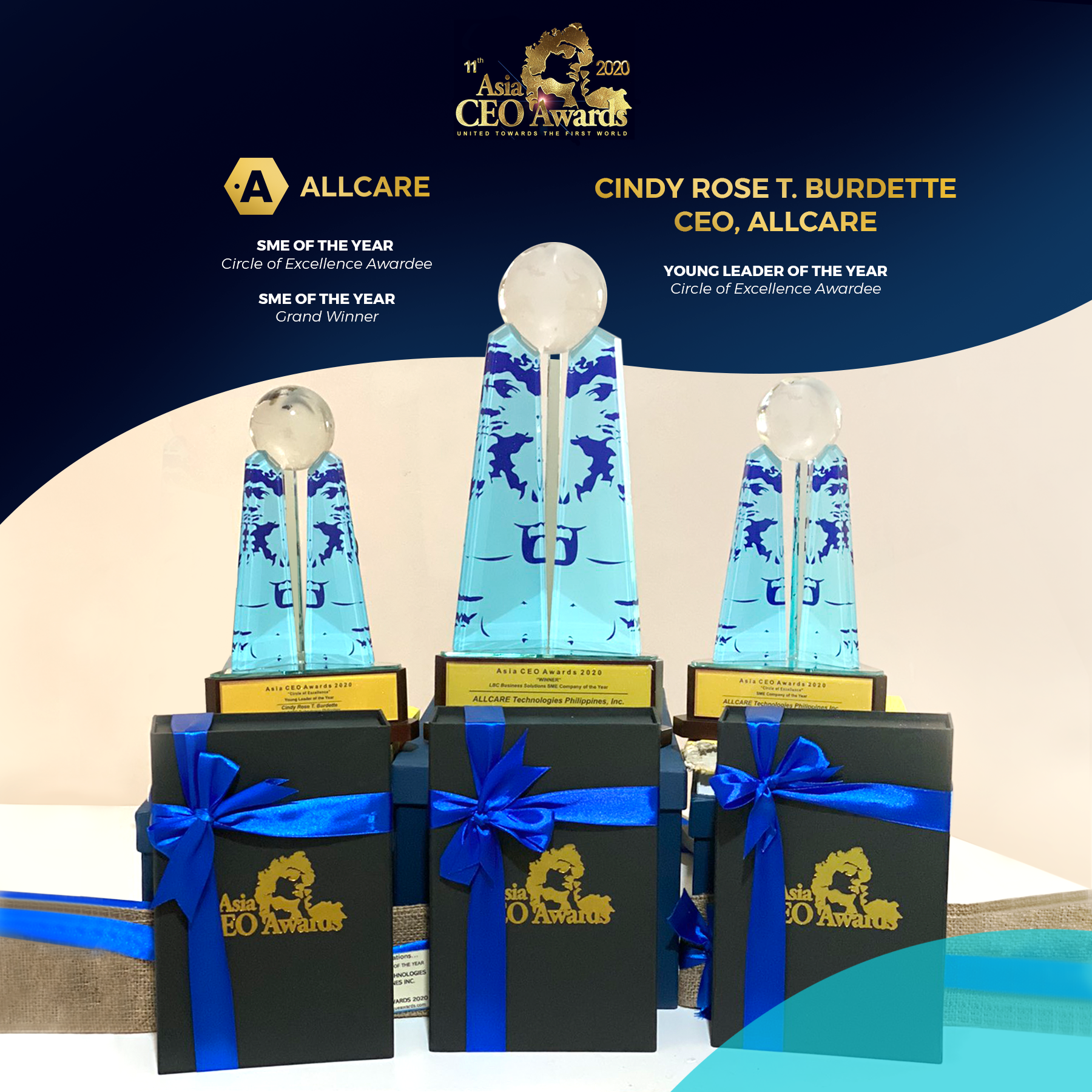 Congratulations, ALLCARE, and to all the winners of the Asia CEO Awards 2020! Here’s to helping people and making the Philippines a premier destination for local and global enterprises! With a lot of under-appreciated sectors in the country, this means a lot of people are getting zero to no healthcare ...
Continue Reading In the second installment of our series, we’ll be sharing some snippets and insights of the effects of the pandemic f...
Continue Reading The eruption of the Taal volcano was a tragic greeting for the new decade, causing thousands to evacuate their homes ...
Continue Reading With the Modified Enhanced Community Quarantine (MECQ) put into place, more stores like yours can now flip back your ...
Continue Reading Now that ECQ is now lifted in most cities, more employees and employers have been returning to work amidst the crisis...
Continue Reading Experience is the best teacher, they say. But nothing can prepare you for the mistakes you’re going to make along the...
Continue Reading